The Organization for Security and Cooperation in Europe in the 1970s was a product of the Cold War standoff between the liberal democratic West and the communist Soviet bloc. The body’s name accurately described its role. As the Soviet empire crumbled, the OSCE turned to nurturing countries’ transition to democracy, including by helping them run free and fair elections.

The world paid close attention to OSCE observation missions’ verdict on elections held in countries like Ukraine, Romania, and Kazakhstan. But few back then took much notice of the conduct of presidential elections in the United States, the land of the free.

True, some might have been a bit troubled by the main US parties’ widespread electoral gerrymandering, more recent Republican efforts to suppress the vote in communities of color, and the relentlessly partisan political reporting of some local and national media. Overall, however, the handling of US elections gave little cause for concern. Voters chose presidents fairly, albeit through a curious Electoral College system that reflected America’s history but sometimes denied victory to the winner of the popular vote.

This year’s presidential election took place amid high political tension and a raging COVID-19 pandemic. But the OSCE’s verdict was clear: The vote was “competitive and well managed.”

Other independent foreign observers – as well as Republican state officials who organized and administered some of the voting and counting – said the same. But there was a large orange fly in the ointment in the form of President Donald Trump. The OSCE denounced “baseless allegations of systematic deficiencies, notably by the incumbent president,” which “harm public trust in democratic institutions.”

I guess no one should be surprised at Trump’s refusal to concede to President-elect Joe Biden, which delayed by weeks the start of the transition to the new administration. While daily US deaths from COVID-19 surged toward a new peak, Trump sulked, tweeting claims he had made before Election Day that he could lose only if Democrats cheated.

In arguing that his loss – by about six million votes – must be a fraud, Trump is behaving just as he did when he was an expensively failing businessman. Every collapsed deal, every dispute with a bank that had foolishly lent him money, spawned a specious legal challenge. Trump could never admit that he had lost. In 2016, USA Today reported that Trump and his businesses had been involved in at least 3,500 legal cases over the previous 30 years.

But Trump’s mendacious claims of electoral fraud not only further demean him, but also damage America’s global image and the cause of liberal democracy everywhere. Authoritarian states such as Russia and China have argued for years that core liberal-democratic principles – including the rule of law, an independent judiciary, civil society, freedom of expression, and the separation of powers – are hypocritical and hollow.

For Russian President Vladimir Putin, rigging elections and imprisoning opponents (or conniving to eliminate them) are second nature. He rules by the old KGB playbook, and has created a society in which, to borrow the title of an excellent book by Peter Pomerantsev, “nothing is true and everything is possible.”

Chinese President Xi Jinping, meanwhile, has encouraged an assault on what the Communist Party of China derides as Western values. His regime has regularly broken the letter and spirit of international agreements, most notably by crushing Hong Kong’s fledgling democracy in an attempt to turn the once-free city into a carbon copy of Xi’s own police surveillance state.

Open societies have to stand up for the principles their institutions embody. Confucius argued that leaders’ moral qualities matter more than institutions, but history surely vindicates the importance of both. Corrupt, cowardly, and venal leaders often destroy the institutional foundations of their countries’ governance systems.

Although Trump has done Putin’s and Xi’s destructive work for them, he could not have managed it without the collaboration of other Republican Party leaders, especially in the Senate. They know how dangerous Trump’s post-election behavior has been, but, fearing him and his most virulent supporters, they have given their principles a long holiday.

Senator Lindsey Graham of South Carolina, who in 2016 described Trump as a “xenophobic, race-baiting, religious bigot,” recently lobbied Republican secretaries of state in Georgia and Arizona to see whether they might be able to disqualify any votes cast in Democratic areas.

The commander of this fifth column is Senate Majority Leader Mitch McConnell of Kentucky. His primary concern is to hold on to his job by ensuring that the Republicans retain control of the Senate following two run-off elections in Georgia in early January. So, McConnell does not want to do anything that may deter Trump supporters there from turning out to vote.

McConnell does not seem to believe in partnership and accommodation. During Barack Obama’s administration, he blocked much of the Democratic president’s agenda, just for the sake of blocking it. Consensus is an alien concept to him. He is, quite simply, bad for democracy, and his behavior sabotages the case for it around the world.1

The enablers of all this wanton destruction are the media who parrot and broadcast Trump’s agenda. Fox News has been the principal Trump megaphone, although even it recently seems to have gotten cold feet about continuing to resemble media outlets in authoritarian countries. This assertion of independence – which, admittedly, amounts to no more than acknowledging the fairness and outcome of the election – has naturally annoyed its usual star in the White House.

The founder and owner of Fox News is Rupert Murdoch. In Australia, former prime minister Kevin Rudd recently launched a record-breaking e-petition calling for a formal inquiry into Murdoch’s near-monopoly control of the country’s print media. It’s not hard to see why more than a half-million people signed it.

Nor is it hard to see why, despite Trump’s defeat, America’s authoritarian rivals are probably satisfied with the outcome. By undermining liberal democracy in America, Republican leaders and the GOP’s media allies are giving them a big helping hand. 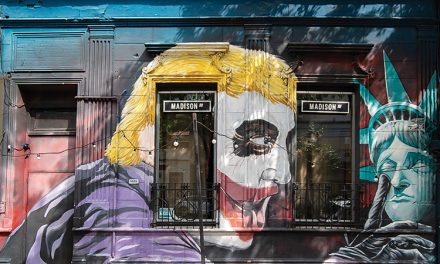 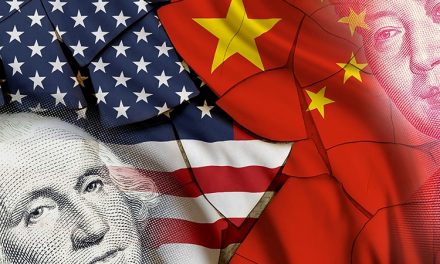 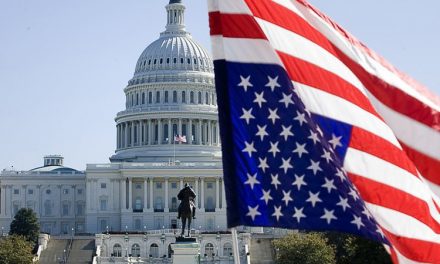