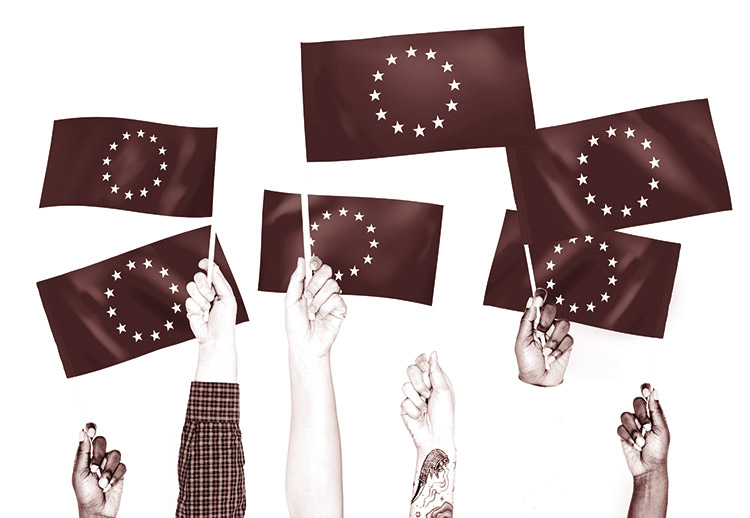 The most significant result of the recent European Parliament election is neither that conservatives and social democrats lost seats to Liberals and Greens, nor that far-right nationalists gained less than anticipated. It is that citizens voted in much larger numbers than anyone expected.

From the first popular election of the European Parliament, in 1979, to the last one, in 2014, turnout inexorably declined, gradually falling from 63% to 43%. Five years ago, less than half of the eligible electorate turned out to vote in 20 out of the European Union’s 28 member states, thereby denting the parliament’s democratic legitimacy. Observers openly questioned the value of elections that did not elicit voters’ interest. The EU, it was said, belongs to diplomats and technocrats, not to citizens.

The 2019 election was a spectacular reversal of this trend. Turnout increased in 20 countries, reaching 51% on average, or eight percentage points higher than last time. True, in some countries, the election was held simultaneously with national polls, or it was used as a vehicle for domestic political messaging. But the break with the past was too sharp and too broad for such coincidences to add up to a convincing explanation.

Granular analysis of the election results will tell us which categories of voters turned up in larger numbers, and why. In the meantime, the best explanation is that many citizens decided that enough was at stake this time to cast their ballots. As Emmanuel Rivière of Kantar, a research consultancy, has shown, motivations certainly varied: for some, it was climate change; for others, it was migration, terrorism, or Europe’s ability to remain relevant in a world of great-power rivalry. Because they regarded the EU as a real player in these matters, voters chose to express their preferences and send to parliament representatives who could defend their views and interests.

Something important was also at stake when the previous elections were held, in 2014. The eurozone had hardly exited its longest recession in decades, and it was still mired in austerity. But policy choices back then were largely in the hands of national governments. Whether reforms were needed, and whether bailouts were appropriate, largely split the electorate along national lines. It was a matter for negotiation between German Chancellor Angela Merkel and her counterparts, not a transnational matter that citizens would want to decide upon according to political preferences.

Climate change is different. Young people’s Fridays for Future movement has spread across borders, demanding radical change in policy and lifestyle. The same holds for migration. Those who oppose it may want to retreat behind national borders, but they know perfectly well that as far as immigration is concerned, the members of the EU’s passport-free Schengen area are in fact deeply interdependent.

If turnout followed interest in the election, the question now is what the new European Parliament can deliver. In a standard democracy, an election typically leads to the formation of a new majority – and to corresponding policy changes. In the EU, however, parliament is only one player in the determination of policy, alongside the European Commission (appointed by member states) and the European Council (composed of national heads of state or government). This setup implies that there is only a weak link between election results and policy priorities.

Furthermore, parliamentary coalitions are also characterized by inertia. By usual standards, the shift away from the center-right European People’s Party (EPP) and the center-left Socialists and Democrats (S&D), the two hitherto dominant parties, would be significant enough to trigger a change of majority: they lost 11 percentage points and 80 seats combined, to the benefit of the centrist Alliance of Liberals and Democrats (ALDE, which is in the process of merging with the Renaissance list sponsored by French President Emmanuel Macron), the Greens, and the right-wing nationalists (whose affiliation is still undecided). As no feasible alternative coalition commands a majority, however, it will merely imply a broadening of the current alliance, to include ALDE or both it and the Greens. The EPP and the S&D will remain the dominant players, ensuring political continuity.

Because it is not a federation, the EU cannot be run by a purely political government. But the rise of pan-European debates and the emergence of pan-European preferences that cut across national lines imply that it cannot be run by a politically deaf institution, either. Shortly after his appointment as president of the Commission in 2014, Jean-Claude Juncker famously claimed that he wanted it to be a “strong and political team” that would work on the basis of a “political contract” with the parliament. Juncker was much criticized for what was regarded as a departure from neutrality vis-à-vis national governments of various colors, but he had a point: if voters regard European policy issues as a matter for political choice, the Commission cannot be a purely technocratic body.

What this election suggests is that a growing share of European voters sees things differently from national governments. Whereas citizens clearly used their votes to express policy preferences, very few governments are ready for a more political EU leadership. Divided as they are on the end goal of European integration, and confronted with nationalist pressures at home, they remain hostile to giving the EU more authority or permitting the Commission to exercise its prerogatives in a more political way. In essence, most governments nowadays stand for the status quo.

In five years however, either the EU will have delivered on what citizens rightly regard as European common goods, or it will have lost relevance and legitimacy. How to respond to this demand while satisfying governments’ preference for stability and compromises among sovereign states is the contradiction confronting the EU. Whether this contradiction can be resolved will, in turn, determine whether citizens remain interested in European elections, or eventually give up and stay home.

Jean Pisani-Ferry, a professor at the Hertie School of Governance (Berlin) and Sciences Po (Paris), holds the Tommaso Padoa-Schioppa chair at the European University Institute and is a senior fellow at Bruegel, a Brussels-based think tank.