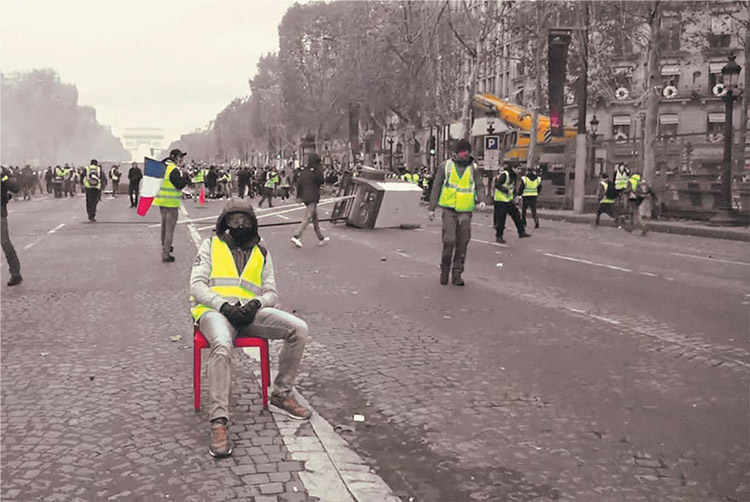 STRASBOURG — The spontaneous street protests in Paris over the past month come almost exactly 50 years after the mass revolt of May 1968. But that is not to say the two events are comparable. Les événements de mai 1968 was an anarchist uprising by students and workers against the traditionalism and apparent authoritarianism of President Charles de Gaulle. Today’s “Yellow Vests,” by contrast, have eschewed intellectual and political debate, and quickly degenerated into a rioting mob.

What started as a decent, middle-class protest against a new tax on diesel fuel has been hijacked by professional thugs and extremists railing against migrants, the European Union, and French President Emmanuel Macron. “Paris is burning,” gloated Steve Bannon, US President Donald Trump’s populist former consigliere, at a recent appearance alongside Marine Le Pen of the far-right National Rally (formerly the National Front). According to Bannon, “The yellow vests … are exactly the same type of people who elected Donald Trump … and who voted for Brexit.”

Worse still, the extremist activism has already spread to neighboring Belgium and the Netherlands, which now have Yellow Vest movements of their own. And in Italy, Matteo Salvini, the xenophobic interior minister, has capitalized on the riots to launch a broadside against Macron’s policies. Never mind that Italy is in even more desperate need of a Macron-style reform agenda than France.

The fact that alt-right agitators are using the Yellow Vest movement as a platform to spew hate and lies should worry all Europeans. In one way or another, many of today’s populist parties and movements draw financial support from the Kremlin. There is a growing body of evidence to suggest that the United Kingdom’s 2016 Brexit referendum was influenced by “dark money” from Russia. And Russian trolls have continued to foment Islamophobic hatred across Western Europe.

The alt-right has been highly successful at exploiting people’s fears to undermine global solutions for global challenges such as migration and climate change. For those struggling to make ends meet, right-wing messaging about refugees and migrants taking jobs and destroying European culture can resonate powerfully. And for rural households facing slightly higher fuel taxes, it is convenient to believe that climate change is just a hoax propagated by political elites and “the media.”

A countermovement against such disinformation is long past due. The first step in stemming the populist, Euroskeptic tide is to tell the truth and point out the lies. But let us not be naive. Countering the alt-right threat to our societies will also require deep reform.

A common populist criticism of the EU is that it functions opaquely and often incomprehensibly. Yet, if anything, the EU tends to be rather weak in the face of global challenges. Contrary to populists’ claims of overreach, European institutions almost always do “too little, too late.” That must change, and radically so. We need to make the EU far more democratic, transparent, and effective – which is to say, more sovereign – than it is today.

This does not require us to reinvent the wheel. We need only return to the ideas of Europe’s founding fathers: Jean Monnet, Paul-Henri Spaak, Robert Schuman, Alcide de Gasperi, and others. These leaders had a clear vision of a simpler yet stronger Union, led not by a 28-member commission, but by a real government with 12 ministers. They would have allowed Europeans to vote directly for a parliament with full competencies and legislative authority, and without the system of unanimity that has allowed rogue member states such as Hungary to tie the entire bloc’s hands.

Above all, we must not equate liberal democracy with the status quo, which all but ensures slow, arduous decision-making. If the EU suddenly were to make collective decisions by simple majority, the problems confronting it would no longer seem intractable. Europe would finally be able to stand on its own and address its citizens’ concerns.

For example, with a European army serving as an autonomous pillar within NATO, the EU would no longer have to defer to the US on security decisions. With a single European digital market, European alternatives to Google, Facebook, Amazon, Samsung, and Huawei could finally emerge. And with a European border patrol and coast guard, Europeans would be far less reliant on Turkey, Russia, and others when it comes to managing migration flows.

Of course, controlling our borders does not mean closing ourselves off from the outside world. Europe will always need to engage with other powers. But it must do so from a position of strength.

If the EU can rediscover its democratic potential, the alt-right will no longer have grounds on which to launch attacks against international cooperation and multilateralism. In a more democratic Europe, citizens who took to the streets would do so not to scapegoat migrants and journalists, but to demand solutions for the real challenges we face.

Before it was co-opted, the yellow vest movement was based on a genuine concern about economic security. The lesson for all EU member states is that we must shore up our national social-security systems, while moving forward on EU-level reforms. With a full-fledged banking union, citizens’ savings would be secured, and taxpayers would not end up on the hook for private-sector profligacy. And with a complete monetary union and an autonomous joint budget, the eurozone would be far more resilient in the event of another financial crisis.

Until Europe gets serious about economic reforms, our economy will continue to underperform structurally vis-à-vis the rest of the world. Since 2010, the average annual growth rate in the euro area has been 1.3%, compared to 2.3% in the United States. This gap represents €1.2 trillion ($1.4 trillion) from 2010-2018, or approximately €500 billion lost in terms of tax revenue. For France alone, this amounts to €10 billion every year – the budgetary cost of what Macron recently proposed to meet the Yellow Vests’ original demands.

The uprising that Europe needs will not happen in the streets of Paris or Brussels, but within the EU’s paralyzed institutions. For more than five decades, power within Europe has been divided between conservatives and socialists who, collectively, have failed to address the challenges of the day.

It is time to leave the European talking shop behind us. The current era demands action. In the May 2019 European Parliament election, “Generation Europe” can break the old political order and take the revolution out of the streets and into the hallways of European democracy.1 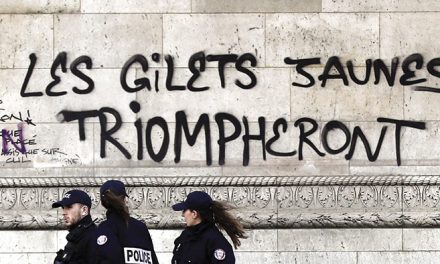 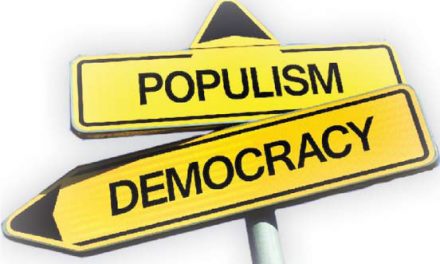 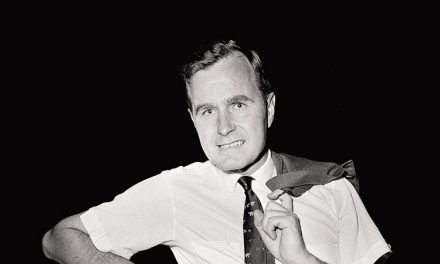 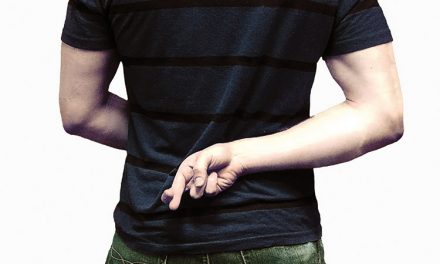