Ever since the Iranian Islamic Revolution in 1979, Iran and Israel have been fighting each other in the shadows – through proxies, assassination squads and cyber-virus attacks, but never as rival armies meeting on the field of battle. That may be about to change, and if it does, it will have vast implications for Syria, Lebanon and the whole Middle East.

I’m sure neither side really wants a war. It could be devastating for Israel’s flourishing high-tech economy and for Iran’s already collapsing currency. But Iran’s Revolutionary Guards’ Quds Force seems determined to try to turn Syria into a base from which to pressure Israel, and Israel seems determined to prevent that. And in the past few weeks – for the first time ever – Israel and Iran have begun quietly trading blows directly, not through proxies, in Syria.

They have already gone through two rounds, and Round 3, now pending, could blow Syria sky-high.

Round 1 occurred on Feb. 10, when an Iranian drone launched by a Quds Force unit operating out of Syria’s T4 air base, in central Syria, was shot down with a missile from an Israeli Apache helicopter that was following it after it penetrated northern Israel airspace.

Initial reports were that the drone was purely on a reconnaissance mission. But the Israeli Army’s spokesman, Brig. Gen. Ronen Manelis, said Friday that the flight path and Israel’s analysis of the drone indicated that “the aircraft was carrying explosives” and that its mission was “an act of sabotage in Israeli territory.”

If true, that suggests that the Quds Force – commanded by Iran’s military mastermind Qassem Suleimani – was trying to launch an actual military strike on Israel.

“This is the first time we saw Iran do something against Israel – not by proxy,” a senior Israeli military source told me. “This opened a new period.”

It certainly did, because in Round 2, on April 9, Israeli jets launched a missile strike on T4, the drone’s home base – directly targeting, for the first time, an Iranian facility and personnel in Syria. Seven Quds Force members were killed, including Col. Mehdi Dehghan, who led the drone unit.

While the Israeli Army spokesman refused to confirm or deny the Israeli raid, Iran’s government unusually highlighted it – and Iran’s casualties – and vowed to take revenge.

So now the whole neighborhood is holding its breath: Will there be a Round 3? Israeli defense officials let it be known that if the Iranians strike back, Israel may use the opportunity to mount a massive counterstrike on Iran’s entire military infrastructure in Syria, where Iran is attempting to establish forward air bases and factories for GPS-guided missiles that could hit targets inside Israel with much greater accuracy – inside a 50-meter radius. Iran also plans to provide the missiles to Hezbollah in Lebanon.

These Israeli defense officials say there is zero chance Israel will make the same mistake it made in Lebanon – letting Hezbollah establish a large missile threat there – by letting Iran do so in Syria.

On Tuesday, to drive home that point, the Israeli government reportedly distributed maps to Israeli news organizations showing five Iranian-controlled bases in Syria. All that was missing on them were bull’s-eyes of exactly where Israel will drop its bombs if the Iranians carry out their threats. The message from Israel to the Quds Force was hard to miss: “Beware. We know exactly where to find you.”

As Israel’s defense minister, Avigdor Lieberman, put it to a gathering of Israeli soldiers on Monday: “We are facing a new reality – the Lebanese Army, in cooperation with Hezbollah, the Syrian Army, the Shiite militias in Syria and above them Iran – are all becoming a single front against the state of Israel.”

Iran has legitimate security concerns in the gulf; it faces a number of hostile, pro-American Sunni Arab powers trying to contain its influence and undermine its Islamic regime. From Iran’s perspective, these are a threat. I get that.

But what is Iran doing in Syria?

Tehran’s building of bases and missile factories in Syria, after having helped President Bashar al-Assad largely crush the uprising against him, appears to be a move by the Quds Force’s Suleimani to extend Iran’s grip on key parts of the Sunni Arab world and advance his position at home in his struggle for power with Hassan Rouhani, Iran’s president. The Quds Force now more or less controls – through proxies – four Arab capitals: Damascus, Beirut, Baghdad and Sana.

Indeed, Iran has become the biggest “occupying power” in the Arab world today. But Suleimani may be overplaying his hand.

Even before the recent clashes with Israel, many average Iranians were publicly asking: What is Iran doing spending billions of dollars – which were supposed to go to Iranians as a result of the lifting of sanctions from the Iran nuclear deal – fighting wars in Syria, Lebanon and Yemen?

That concern is surely one reason Iran, for all its fist-shaking – has not retaliated – yet. The Israeli airstrike on T4, along with the U.S.-British-French airstrike on the Syrian regime’s suspected chemical weapons facilities, have actually exposed the strategic vulnerabilities of both Russia and Iran in Syria. Their forces are very powerful versus the rebels there, but not so powerful versus the Western forces and Israel. Iran, which has to depend largely on Syria’s air defense system, is particularly exposed to Israel’s Air Force.

“Russia’s appearance of omnipotence in the Syrian arena has been shattered,” military writer Anshel Pfeffer noted in Haaretz on Monday. “Appearances of power count for a lot in this region.” Russia’s “forces there are insufficient to take on any of the other nations who have operated, and may operate again, in Syria. … The United States, Britain and France, as well as Israel and Turkey, can all deploy larger and more capable forces to the region much faster than Russia can.”

Suleimani could opt to strike back at Israel through proxies, either in the Middle East or against Israeli targets globally. But he now has to think twice about that, both because his forces in Syria are exposed – and for another reason: Iran is exposed financially. Iran’s currency is collapsing back home. The Iranian rial has lost one-third of its value just this year, which a wider confrontation with Israel would only exacerbate.

It would seem, in other words, that Suleimani is at odds with both Russian President Vladimir Putin and Iran’s President Rouhani. Putin and Rouhani share an interest in Syria quieting down now, and not becoming a financial drain or a military quagmire – by Suleimani turning it into an arena for a direct war with Israel.

But economic restraints have never stopped Suleimani and his Quds Force before and may not now. Their ambitions are big – to create a base to pressure Israel directly, to dominate the Arab states around them and to maintain the fervor of the Islamic Revolution. Everyone is basically awaiting Suleimani’s next move. Does he back down, lose a little face, and wait until he is stronger? Does Israel let him?

These are momentous days for both countries. One thing I know for sure. The status quo is not sustainable. 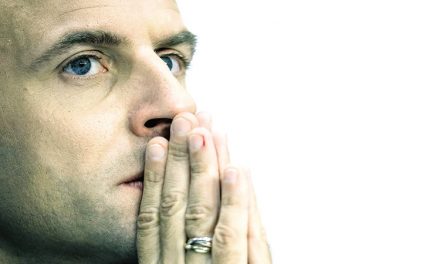 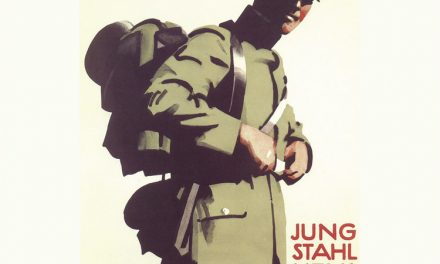 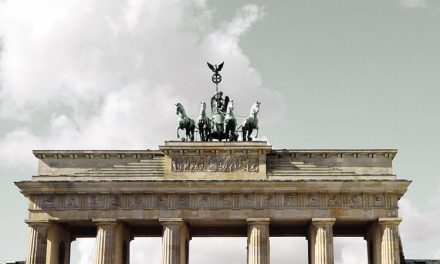