On various occasions during his campaign, President –then candidate-, Trump had reiterated in his refined style and intellectually stimulating use of the English language, that in war one must never disclose one’s intentions, that those who do are morons, that enemies must be disinformed and surprised, that unpredictability is eminently desirable.

It is still uncertain or at least debatable if Mr. Trump has, as President, until now, succeeded to disinforme and surprise any enemies of the US. His success, though, at disinforming and utterly confusing his country’s closest friends and allies −let alone his White House staff and fellow Republicans−, is already indisputable −unclear as it still is if he does so intentionally or unwittingly, as many of those in a position to know tend to believe.

Thus, when, earlier in April, the President informed an iconic audience of his own base, in Ohio, that he was often thinking of bringing US forces in Syria back home, as they had accomplished their mission −and it was time “to let other people take care about it”−, no one could be certain if he was attempting to please, placate, frighten, deceive or confuse any friends or foes or imparting a serious thought. As Winston Churchill had, once, famously said: “It is not very clear to me what the honourable gentleman has in his mind, or if he has anything in his mind at all”.

True to form, the President did not volunteer any comments when, immediately afterwards, Defence Department spokesmen at the Pentagon communicated that US forces in Syria had not yet fully accomplished their mission and rather than withdrawing them, military authorities were planning to increase their numbers.

Once again, it was US allies, regional and global, who felt disoriented and confused; not any of the villains –who must have, once again, felt amused rather than confused.

One hopes that in this one instance, at least, the Pentagon will, eventually, manage to keep the upper hand; it would be disastrous if the President meant, what he said and succeeds to implement it. Natura abhoret vacuum. Any vacuum left by the US in the region will be instantly filled by Russia, Iran and their new −opportunistic, but not ephemeral−, regional strategic partner: Turkey under Mr. Erdogan’s new regime, by now increasingly and instinctively hostile to both, NATO and the EU.

More particularly, the Kurds, in Syria −distasteful Marxists-Leninists that they are, and still courted by Russia−, and Iraq, are the West’s one potentially enduring human resource in the region. They must not be sacrificed to placate Mr. Erdogan. Appeasement by democracies vis a vis authoritarian regimes never prospers. This lesson of history should have been learned a long time ago.

It is, doubtlessly, a good thing that France’s President Macron committed himself to increase French military presence in Syria and assistance to Kurdish forces there. Nevertheless, the task of containing Russia, Iran, mutant Turkey and the Islamic State, all at the same time, is daunting. It requires a consistent joint effort by the US and its European allies. The latter must also understand that they can no longer entirely depend on their transatlantic good shepherd of the Cold War −the previous one−; that unless they become fully capable to sustain their own credible and autonomous armed presence in the M. East they cannot hope for peace and security on the European Continent. President Trump has, after all, enunciated it very clearly “let other people take care about it”. The risk is too great for Europeans to presume that he did not really mean it.

P.S.: To be fair, Pr. Trump did much more, in Syria and Iraq, to contain the Islamic State, the Russians, the Iranians, Assad and even the Turks, and to empower the Kurds, than ever did President Obama −who, an inspiring President as he was, squandered General Petreus’ hard-won victory in Iraq, and failed to act timely to preempt Russian, Iranian and Turkish rampaging in Syria. 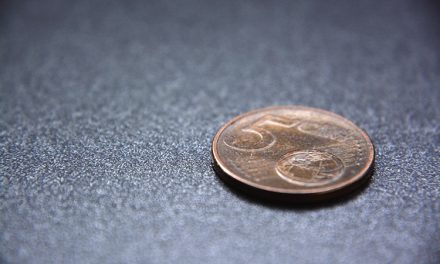