Until now, the Brexit had mostly been a succession of public statements, declarations of intent, veiled threats and wishful thinking. But today, the British government made the United Kingdom’s departure from the European Union manifest by officially invoking Article 50 of the EU treaty and delivering formal notification of its departure from the Continental bloc, the first member ever to do so. This started the clock on negotiations over the terms of the divorce and their future relationship, which will leave both the United Kingdom and the European Union considerably changed.

After months of buildup, the early weeks of the Brexit process will be rather unremarkable. Before conversations between the two sides can start, the European Union will have to define its own negotiation strategy. The bloc’s remaining 27 members will spend the coming weeks discussing their priorities for the negotiations before holding a summit on April 29 and giving the European Commission a mandate to negotiate with London on their behalf. The first topics of the Brexit negotiations will probably include Britain’s financial obligations to the European Union (the “EU bill,” which by some estimates could total up to 60 billion euros, or $65 billion), as well as the rights of EU citizens living in the United Kingdom and of British citizens living on the Continent.

Both parties say they would like to achieve a mutually beneficial deal, but their conflicting interests on many issues will not make that easy. London would like to hold concurrent talks about its departure and the future bilateral relationship with the bloc. The British government will seek a broad free trade agreement to protect its commercial ties with the European Union. It also would like to introduce any Brexit agreements in stages (an “implementation phase”) to minimize disruptions to the British economy.

The European Union, however, wants to take a sequential approach, focusing on the exit terms first and leaving trade discussions for the future. Different EU members also have different priorities when it comes to the Brexit. Countries such as France and Germany are particularly interested in ensuring that London is not granted concessions that weaken the integrity of the single market, but those with close political, economic or military ties with the United Kingdom, such as Ireland or Cyprus, will push to accommodate British desires as much as possible.

For both sides, domestic politics will play a role in the negotiations. The British government has promised voters that the Brexit will be a success, while EU governments want to demonstrate to their own citizens that departing the bloc is not a painless process.

Though the negotiations over each of those issues will be tough, the process to approve the deals that emerge will be even tougher. British voters gave their leaders a clear mandate to leave the European Union, but the Brexit referendum did not spell out the terms under which it should happen. This has allowed British political parties to make their own demands and establish their own expectations about what the final settlement should look like. Moreover, there is an unresolved dispute over the role of the British Parliament in the process: Many lawmakers want the government to submit any deals for their approval before they are returned to the European Union for ratification, but the British government says Parliament should get only a “take it or leave it” vote on the final deal.

On the EU side, the terms of the United Kingdom’s departure can be approved by a qualified majority of member states. Unlike a unanimous vote, this procedure reduces the ability of countries to make extreme demands of the United Kingdom in exchange for approval. According to Article 50, the country leaving the union has two years to negotiate the terms of its departure. This period can be extended, but only if every EU member approves. Similarly, any free trade agreement between the two must also win unanimous EU approval. Such unanimous votes open the door for individual countries to seek concessions by threatening to block approval. Moreover, a free trade agreement would probably require ratification by national, and in some cases regional, parliaments across Europe. This is worrying for the United Kingdom: In late 2016, a regional parliament in Belgium nearly blocked a free trade agreement between the European Union and Canada. In addition, both the terms of the British departure and any free trade agreement will require ratification by the European Parliament, which could try to impose its own demands.

The United Kingdom’s exit from the European Union has raised difficult political questions for all parties involved. The process is threatening the United Kingdom’s territorial integrity because the decision to leave the EU single market (an area in which people, goods, services and capital move freely) has reignited secessionist demands by the Scottish government and created concerns about renewed border controls between Northern Ireland and the Republic of Ireland. In the City of London, meanwhile, questions about the future of Britain’s financial sector have prompted companies to consider moving some staff and operations to the Continent. The British economy has shown notable resilience over the past year, but it will not feel the full effects of the Brexit for a few years.

The European Union will face its own challenges over the next few years. The bloc will have to formulate a budget that takes the United Kingdom’s absence into account, and some member states already have come out against increasing their national contributions. EU countries also must consider the future of their security and defense structures minus the participation of one of its key military partners. More important, the balance of power among EU members could be destabilized — Northern Europe fears that the United Kingdom’s departure will increase Mediterranean Europe’s influence. These considerations risk increasing the bloc’s fragmentation at a time when populist, nationalist and Euroskeptic political forces are ascendant.

The Brexit does not create an immediate threat to the European Union’s survival. The United Kingdom is not a member of the eurozone, and although the exit mechanism has never been used before, the bloc’s legal framework was set up to address the departure of one of its members. In the immediate term, the main threats to the European Union’s integrity come from strong Euroskepticism in core eurozone countries such as France and Italy, which will hold elections in the coming months. The Brexit does, however, represent a danger to the bloc in the sense that it will create a roadmap to departure that other countries could follow. Moreover, if a post-Brexit United Kingdom experiences a less intense economic downturn than expected — or especially if it has an increase in prosperity — it could tempt other dissatisfied EU members to follow its lead. Euroskeptic and Europhile forces alike will be following the developments closely. For better or worse, the United Kingdom has broken the taboo of leaving the European Union.
Source: Stratfor 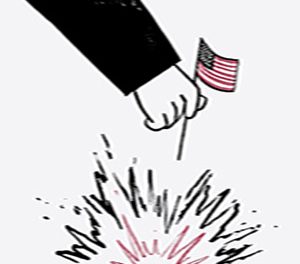