Competition Yields to Pragmatism in Kirkuk 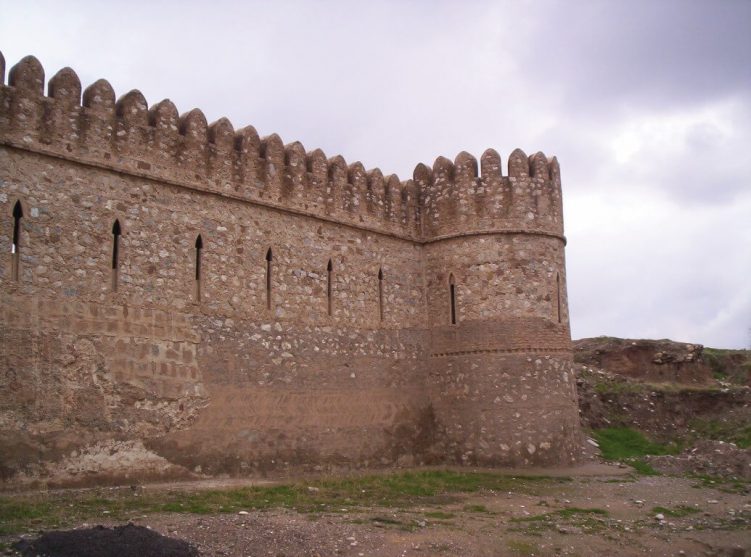 After months of disagreement, the Kurdistan Regional Government (KRG) and the Iraqi government have taken the first steps toward cooperation on oil exports and revenue. On Tuesday, the two sides agreed to jointly export the approximately 150,000 barrels per day of oil produced at several fields in the disputed province of Kirkuk that had been shut down since March. For now, the deal sidesteps the biggest points of disagreement between the governments in Arbil and Baghdad: Iraqi Kurdistan›s right to independently export oil and its respective share of the Iraqi budget. In fact, the details of the deal itself point to Iraq’s movement toward a more fragmented and increasingly federalized political structure.

The province of Kirkuk epitomizes the power struggles taking place in Iraq – not only between Arbil and Baghdad but also between Baghdad, Ankara and Tehran. The Kirkuk oil fields, which have 500,000 bpd of installed production capacity and potential for more, are a significant part of the reason for that struggle. The Kurds have de facto control over the territory and want to legitimize it; Baghdad and Tehran want to keep Kirkuk officially out of Kurdish hands.

Arbil and Baghdad put their pragmatism on display in the new oil deal, splitting the spoils down the middle. Under the terms of Tuesday’s agreement, each government will export 75,000 bpd using the pipeline running through semi-autonomous Iraqi Kurdistan. The deal also stipulates that, while the KRG will pay for the salaries of peshmerga fighters in Kirkuk, the Iraqi government will pay the province’s civil servant salaries. Both are lingering financial issues that threaten to further destabilize Iraq.

On its own, the oil sold under terms of the deal will not immediately make a great deal of financial difference to either Baghdad or Arbil. But making the deal is about more than the revenue it generates. Earlier this year, a tranche of a sizable International Monetary Fund aid package was disbursed to Baghdad after officials from the IMF and the United States made multiple visits to both Baghdad and Arbil. The IMF money will provide incentive for both sides to remain cooperative, because if that helps keep the Iraqi government functioning, the IMF will keep pumping money into the coffers of both cash-strapped governments.

While the promise of IMF money set the table for cooperation with the KRG, a political shakeup helped bring the deal to fruition. During Iraq’s Cabinet reshuffle earlier this month, petroleum industry veteran Jabar al-Luaibi was named oil minister. Once he took his post, he immediately made overtures to the Kurds, voicing his willingness to enter into a deal that would lead to a resumption of production in the Kirkuk fields and more broad cooperation beyond just those fields. Al-Luaibi was added to the Cabinet to placate interests in and around Basra –where he is from– but he has always pushed for more local control over the oil sector, which means that even though he is not a Kurd, he may be someone who can at least live with more devolution of the oil sector.

And, of course, another factor driving closer functional cooperation between Baghdad and Arbil is the military campaign against the Islamic State that is approaching Mosul. With operational planning for the battle against the city’s Islamic State occupiers in full swing, ensuring the continued cooperation of the Kurdish peshmerga requires guaranteeing their salaries. And until the tenuous security situation throughout the country becomes more settled, a Kurdish independence referendum is not in the cards. Statements made by Iraqi Prime Minister Haider al-Abadi last week supporting the constitutionality of a Kurdish independence referendum did not represent a shift in Baghdad’s position, but rather a gesture intended to draw the KRG toward Tuesday’s compromise.

External partners and patrons such as the United States, Turkey and Iran all have vested interests in ensuring that the ties between Arbil and Baghdad endure, and not just because of the ongoing fight against the Islamic State. Turkey has built close economic ties with theKurdistan Democratic Party (KDP) but does not want to see the KRG become an actor independent of Baghdad. Ankara›s goals include benefiting from Kurdistan economically, containing Kurdish attempts at achieving independence, and denying Turkey›s own opposition Kurdish groups a rear base within Iraq from which to operate. But Turkey›s attempts to maintain its leverage over Kurdistan are challenged from multiple directions. As Turkey seeks to reinforce its dominance in the KRG, it will run up against Iranian interests. Iran, with its ties to the Patriotic Union of Kurdistan (PUK) and the Gorran parties, which have formally aligned themselves, can push back against Turkey’s influence by supporting the KRG’s two main opposition groups. Ankara and Tehran also use the ethnically rooted Arab-Turkmen competition within Kirkuk province as a proxy battle.

This week’s oil export deal raises the possibility that Baghdad and Arbil could find grounds for broader cooperation over oil exports. Arbil has consistently demanded that in order to export Kurdish oil through Iraq’s State Organization for Marketing of Oil (SOMO), it wants to receive the full 17 percent of the federal budget mandated to it by the Iraqi Constitution. Al-Abadi has said his government was willing to abide by that demand, though the reality is that the market value of its oil is worth less than that portion of the budget and it would be unlikely that Baghdad –given its budgetary constraints– would deliver the full amount to the KRG. Moreover, Iraq has also moved to blacklist three tankers that transported Kurdish crude outside the state’s sales framework, highlighting Baghdad’s continued desire to undermine the KRG’s attempts to export crude independently.

From the Kurdish perspective, a broader agreement allowing SOMO to market oil produced within the KRG that resulted in its full share of the budget could be beneficial. Trust in such an arrangement, however, could be difficult for Arbil to find. The Kurds have been burned before by such an arrangement, namely the last time they worked with Baghdad. Even if such a deal could be agreed upon in the interim, the close relationship between the KDP and Ankara means that even if the price of oil rose or Baghdad politicized oil revenue and withheld it, Arbil would retain the ability to renege on the deal. The same is not true, for example, of all the oil produced in Kirkuk.

Tuesday’s export agreement is a de facto acknowledgement of Baghdad’s reliance on Kurdish infrastructure, and allowing Kurdistan the rights to revenue associated with Kirkuk’s oil could set a precedent. Kurdistan is not the only region in Iraq that has demanded more local control over oil exports. Iraq’s productive southern Sunni population in Basra has demanded the same level of control, even forcing Baghdad to split the South Oil Co. into two companies, one specifically to overlook Basra’s oil fields. Al-Luaibi, who hails from the region, will likely feel pressure to reproduce the revenue-sharing deal for Iraq’s south. That will only intensify competition in southern Iraq, where tribes, populations and rivalries span the borders with Iran and Kuwait. And, as in Kirkuk, the rest of Iraq will continue to be fought over by its much larger neighbors, with oil as a crux of competition. Ultimately, this competition will continue to result in varying aspects of de facto federalism in the fragile country. 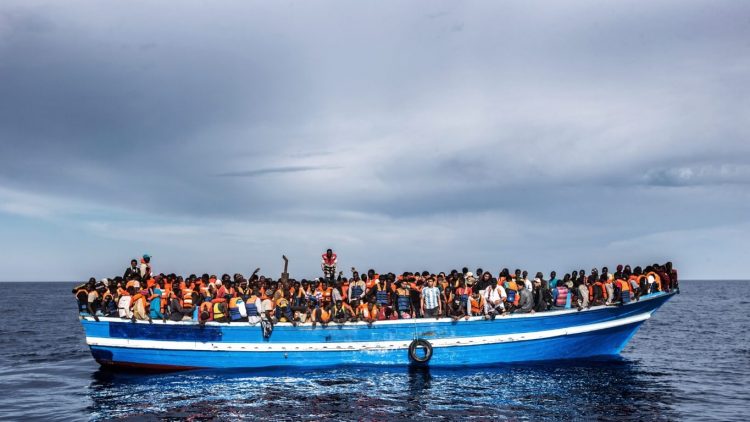 North Africa: The Other Side of Europe’s Migrant Crisis 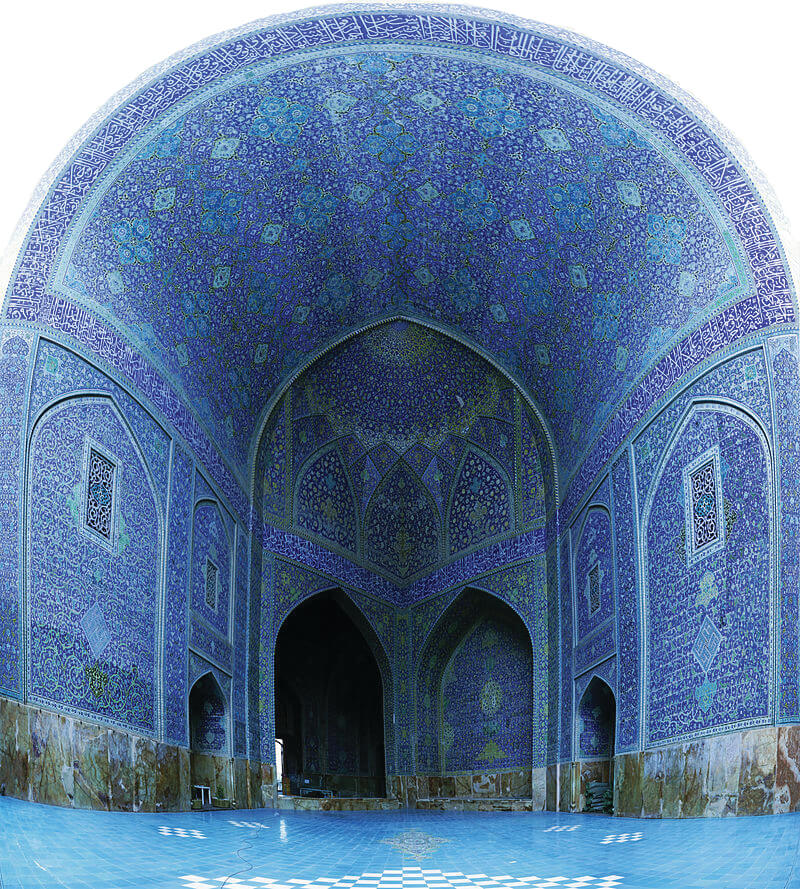 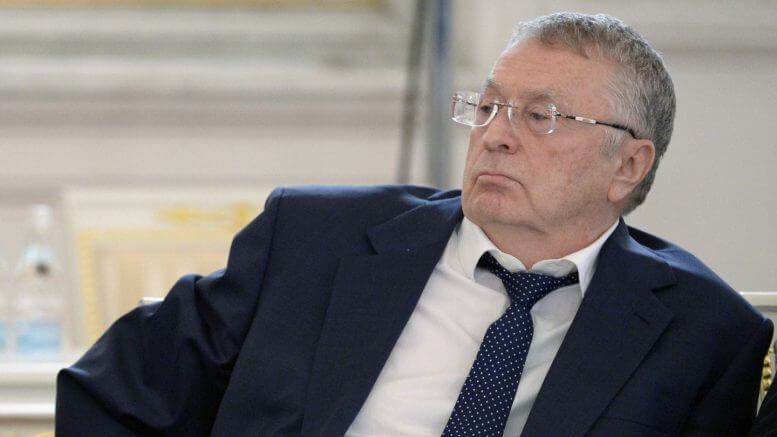 The Kremlin and Mr. Zhirinovsky waging war on Mrs. Clinton