BERLIN – As in a game of chess, there are geopolitical moves through which a country can – unwittingly – checkmate itself. Opening a debate on German nuclear weapons would be such a move. Yet this is exactly what some Germans have recently proposed. Supporters of a nuclear-armed Germany contend that NATO’s nuclear umbrella has lost all credibility because of statements made by US President Donald Trump.

There are at least three good reasons why considering a nuclear option would be foolhardy for Germany. For starters, Germany has repeatedly renounced it, first in 1969 by signing (and later ratifying) the Treaty on the Non-Proliferation of Nuclear Weapons (NPT), and then in 1990 by signing the so-called Two Plus Four Treaty, which paved the way for German reunification.

Casting doubt on these commitments would severely damage Germany’s reputation and reliability worldwide. Germany would call into question the credibility of NATO’s nuclear deterrence, and thus the alliance itself, along with the entire nuclear non-proliferation regime.

It is worth noting that since its creation in 1949, NATO has been one of the world’s most successful instruments of proliferation prevention. Not a single NATO member state – apart from the United States, the United Kingdom, and France – has found it necessary to acquire nuclear weapons of its own.

If Germany were now to break out of its non-nuclear power status, what would keep Turkey or Poland, for instance, from following suit? Germany as a gravedigger of the international non-proliferation regime – who could want that?

Second, a German nuclear bomb would damage the strategic environment in Europe – to Germany’s disadvantage. Russia would interpret German steps toward a nuclear arsenal as a direct threat to its own national security and would likely adopt military countermeasures. That, in turn, would make it even harder to pursue the vision of a pan-European order of peace and security, a core foreign-policy goal of all German governments since that of Konrad Adenauer. Moreover, a German nuclear ambition might jeopardize the delicate balance of power in Europe – including between Germany and France, for example – with incalculable consequences for the long-term cohesion of the European Union.

Finally, it is not hard to predict that the pursuit of nuclear weapons would draw significant public opposition, especially given that such a move would be a complete about-face for German Chancellor Angela Merkel’s government, which, just a few years ago, moved to phase out nuclear energy altogether. It is difficult to imagine a greater fiasco for German foreign and security policy than proposing a nuclear strategy and then failing to obtain parliamentary approval.

There are smarter long-term ways to bolster Europe’s nuclear defense than introducing a German bomb. For example, France might be willing to consider playing an extended nuclear-deterrence role, along with the roles of the US and the United Kingdom within NATO. While this would require a fundamental reorientation and Europeanization of France’s nuclear strategy, Germany and other European partners could offer financial contributions to such an initiative, in the context of a future European defense union with a nuclear component. But these are, at best, long-term options.

In short, no matter what Trump says, Germany will remain dependent on the US nuclear umbrella for the foreseeable future.

The best way to maintain NATO’s credibility and be taken seriously by the US is to work seriously toward the alliance’s 2%-of-GDP target for defense spending and to invest more heavily in conventional military capabilities, not to satisfy US demands, but to protect our own security and defense interests. But this is not simply about spending more; it is about spending more intelligently, particularly by pooling and sharing capabilities, and by systematic joint procurement with France and other European partners, including through the recently established EU Defense Fund.

None of this will work if Germany will not start defining military strategy, security, and defense as top political priorities. Only then will the Bundestag be able to give the Bundeswehr – often referred to as a “parliamentary army” – what it needs to do its job. The alternative – considering the development of nuclear weapons – would be a game-losing move.

*Wolfgang Ischinger, former German Ambassador to the United States, is Chairman of the Munich Security Conference and Professor for Security Policy and Diplomatic Practice at the Hertie School of Governance in Berlin. 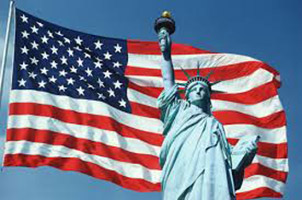 Is the UK’s role in the European supply chain at risk?