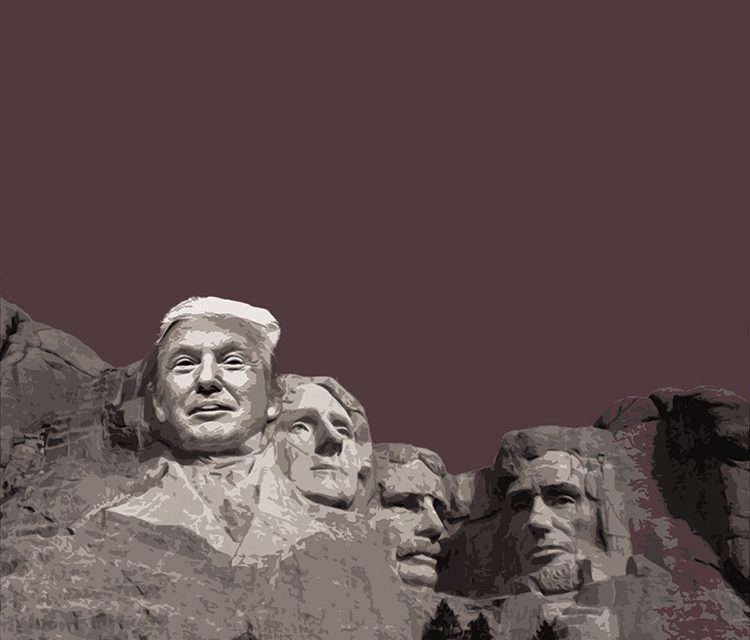 The evidence is clear. Donald Trump’s presidency has eroded America’s soft power. Only 30% of people recently polled by Gallup in 134 countries held a favorable view of the United States under Trump’s leadership, a drop of almost 20 points since Barack Obama’s presidency. The Pew Research Center found that China, with 30% approval ratings, had reached near-parity with the US. And a British index, The Soft Power 30, showed America slipping from first place in 2016 to third place last year.

Trump’s defenders reply that soft power does not matter. Trump’s budget director, Mick Mulvaney, proclaimed a “hard power budget” as he slashed funds for the State Department and the US Agency for International Development by 30%. For promoters of “America First,” what the rest of the world thinks ranks second. Are they right?

Soft power rests on attraction rather than coercion or payment. It co-opts people rather than coerces them. At the personal level, wise parents know that their power will be greater and will last longer if they model sound ethical values for their children, rather than relying only on spankings, allowances, or taking away the car keys.

Similarly, political leaders have long understood the power that comes from being able to set the agenda and determine the framework of a debate. If I can get you to want to do what I want, then I do not have to force you to do what you do not want. If the US represents values that others want to follow, it can economize on sticks and carrots. Added to hard power, attraction can be a force multiplier.

A country’s soft power comes primarily from three sources: its culture (when it is attractive to others), its political values such as democracy and human rights (when it lives up to them), and its policies (when they are seen as legitimate because they are framed with some humility and awareness of others’ interests.) How a government behaves at home (for example, protecting a free press), in international institutions (consulting others and multilateralism), and in foreign policy (promoting development and human rights) can affect others by the influence of its example. In all of these areas, Trump has reversed attractive American policies.

Fortunately, America is more than either Trump or the government. Unlike hard-power assets (such as armed forces), many soft-power resources are separate from the government and are only partly responsive to its purposes. In a liberal society, government cannot control the culture. Indeed, the absence of official cultural policies can itself be a source of attraction. Hollywood movies like “The Post,” which showcase independent women and press freedom, can attract others. So, too, can the charitable work of US foundations or the benefits of freedom of inquiry at American universities.

It is true that firms, universities, foundations, churches, and other non-governmental groups develop soft power of their own which may reinforce or be at odds with official foreign policy goals. And all of these private sources of soft power are likely to become increasingly important in the global information age. That is all the more reason for governments to make sure that their own actions and policies create and reinforce rather than undercut and squander their soft power.

Domestic or foreign policies that appear hypocritical, arrogant, indifferent to others’ views, or based on a narrow conception of national interests can undermine soft power. For example, the steep decline in the attractiveness of the US in opinion polls conducted after the invasion of Iraq in 2003 were a reaction to the Bush administration and its policies, rather than to the US generally.

The Iraq War was not the first government policy that made the US unpopular. In the 1970s, many people around the world objected to the US war in Vietnam, and America’s global standing reflected the unpopularity of that policy. When the policy changed and the memories of the war receded, the US recovered much of its lost soft power. Similarly, in the aftermath of the Iraq war, the US managed to recover much of its soft power in most regions of the world (though less so in the Middle East).

Skeptics might still argue that the rise and fall of American soft power does not matter much, because countries cooperate out of self-interest. But this argument misses a crucial point: cooperation is a matter of degree, and the degree is affected by attraction or repulsion. Moreover, the effects of a country’s soft power extend to non-state actors – for example, by aiding or impeding recruitment by terrorist organizations. In an information age, success depends not only on whose army wins, but also on whose story wins.

One of the greatest sources of America’s soft power is the openness of its democratic processes. Even when mistaken policies reduce its attractiveness, America’s ability to criticize and correct its mistakes makes it attractive to others at a deeper level. When protesters overseas were marching against the Vietnam War, they often sang “We Shall Overcome,” the anthem of the US civil rights movement.

America, too, will almost certainly overcome. Given past experience, there is every reason  to hope that the US will recover its soft power after Trump.